Led by the legend that is Millwall Roi Pearce, the Last Resort were yet another band to emerge from the “Strength Thru Oi!” launch pad. Unable to afford a vinyl single they released their debut recordings on cassette (now a super rare Oi! collectable) and followed up with their own self financed album, “A Way Of Life- Skinhead Anthems” (the favourite album of all time of Rancid guitarist Lars Frederiksen).

They really were one of the first DIY Oi! bands! Their Crucified Skin imagery has become something of a must have tattoo for many Skinheads and their songs have been covered by the likes of Madball, Sick Of It All, Death Threat and Harley Cro-Mag amongst others If that ain’t proof of their influence and importance then I don’t what is!. 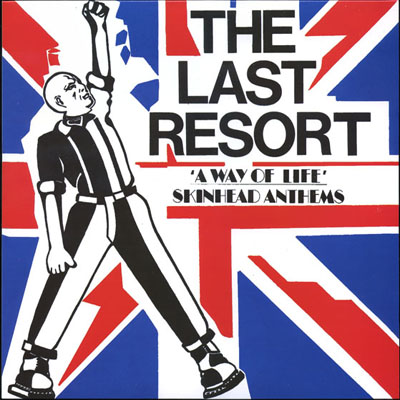 £10.95
• Originally released in 1982, “A Way Of Life” remains THE album to own for any Skinhead or Oi! boy and is one of the biggest and most consistent selling of all the releases on Captain Oi! • This DELUXE DIGI-PAK version of the album comes complete with 11 bonus tracks including the bands contributions to the National Chart compilations “Strength Thru Oi!”, “Carry On Oi!” and “Oi! Oi! That’s Yer Lot” • Also includes all of their seminal “Violence In Our Minds” cassette single • Booklet contains original LP artwork and lyrics to all the songs BUY NOW 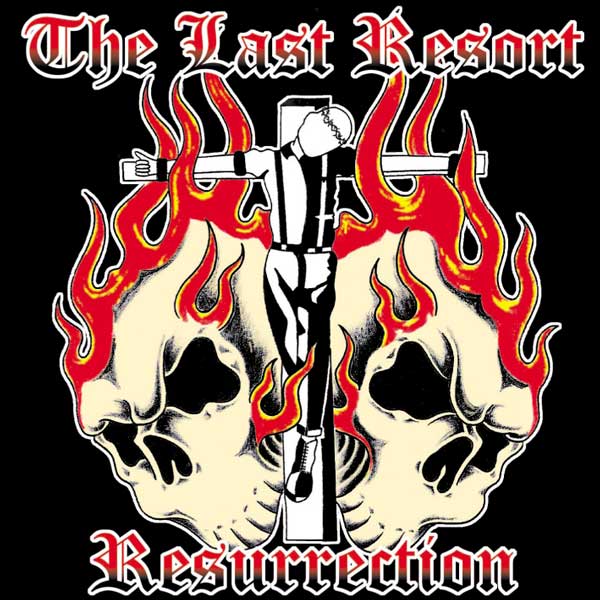 £9.95
“Resurrection” was the 2005 `comeback’ album from Oi! legends The Last Resort. Comes with an enhanced video for the track ‘Bolthole’. Includes re-workings of The 4 Skins ‘ACAB’ and ‘Wonderful World’ and a great version of Agnostic Front’s ‘Gotta Go’. The Last Resort are a regular feature across the Europe wide Punk / Oi! Circuit. BUY NOW

£9.95
The first ever release on Captain Oi! and still one of the strongest selling titles. This was originally released in 1982 and reached No.6 in the then important Independent Charts. Features the track ‘King Of The Jungle’ from the National Top 75 compilation “Carry On Oi!”. To this day “A Way Of Life” remains THE Skinhead Oi! Album. Vocalist Roi Pearce still leads a version of the band to this very day. BUY NOW