Though the initial career of the Stoke based Discharge was relatively short the impact they had is still been felt across extreme music to this very day. They inspired hundreds of bands to form, even creating a Punk sub-division – “Discore” – in the process and providing the impetus not only for Punk bands to follow but lots of Speed Metal and Hardcore bands as well – the likes of Metallica and Slayer have both paid homage to the band.

Early EP’s like “Fight Back” and “Realities Of War” spent a year in the higher echelons of the Independent Chart providing slogans galore for the youth of the day with a strong anti war, anti nuclear message spat out by vocalist Cal.

There really had been nothing sounding like Discharge and many would argue that there’s been nothing quite like them since. 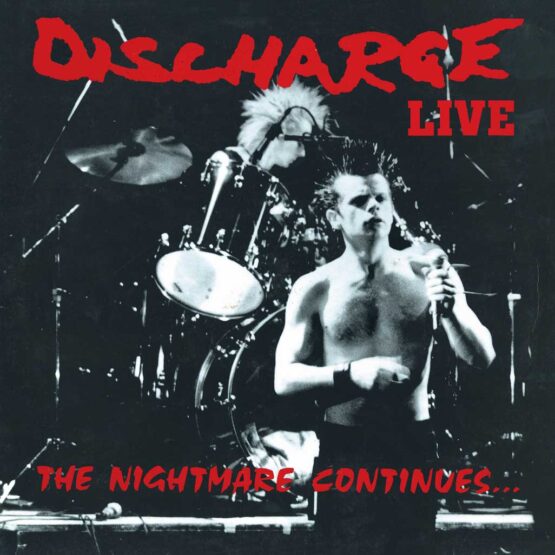 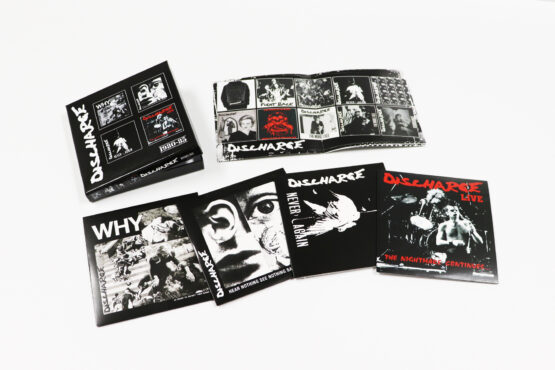 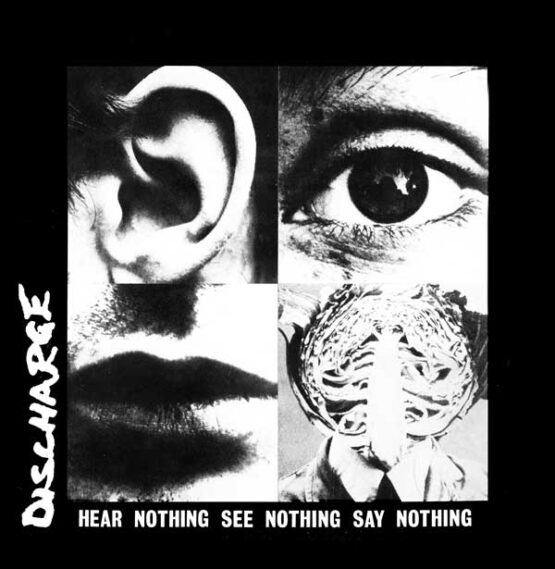 HEAR NOTHING SEE NOTHING SAY NOTHING

£10.95
Voted by the journalists of “Terrorizer” magazine as the most important Punk album of all time, this was the first full length LP from UK Hardcore Punk band Discharge and it is rightly declared a classic. A No.40 National Chart hit when first released in 1982 as well spending four months in the Indie Chart, peaking at No.2. The 11 bonus tracks include the Indie Chart hits ‘Never Again’ (No.3), ‘State Violence State Control’ (No.4) and ‘Warning’ (No.6). A version of the band is still a major attraction at Punk Festivals across the globe. BUY NOW 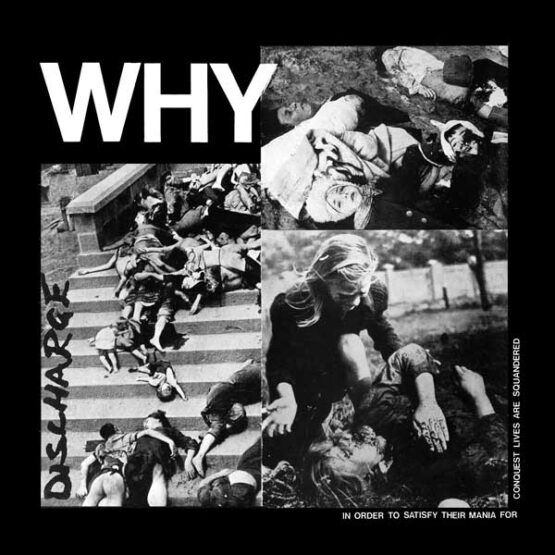 £10.95
A No.1 Indie chart topper when originally released in 1981, this was a 10 track mini LP first issued by collectable Clay Records. We’ve added 14 bonus including the Indie Chart hit singles ‘Realities Of War’ (No.5, 44 weeks), ‘Fight Back’ (No.4, 46 weeks) and ‘Decontrol’ (No.2, 44 weeks) to what has already been generally acclaimed as THE UK Hardcore Punk record. The influence this album and Discharge have had on the world-wide Punk movement is impossible to measure – they started a whole genre of “Discore” bands and have been covered by so many Punk and Metal bands (Metallica, Sepultura, Machine Head, Soulfly and Anthrax to name a few) – Punk Rock does not get rawer then this! BUY NOW